Shawn “JAY-Z” Carter has been providing important details in the unsolved murder of at least Tupac Shakur to anyone interested enough to really hear his music for a long time.

There appears to be a certain incentive and/or satisfaction gained by certain guilty entities in the act of flaunting that aforementioned guilt publicly, but in a way that is slightly below the radar in how it is consciously received by the majority of their potential audience.

Rap lyrics provide a perfect metaphorical hiding place that is laden with the built in safety of Plausible deniability in the event anyone were to ever really begin asking any tough questions. Due to some mis-steps however, Jay-Z can’t fully hide behind these as much as he’d like to.

The question that looms large, and that Jay-Z has in fact weighed in on repeatedly is :

Was Jay-Z actively involved in the murder or attempted murder of Tupac Shakur on September 7th 1996 in Las Vegas Nevada?

Before we examine the question of motive lets look at Opportunity.

Jay-Z would have had to be in Las Vegas on the night in question. Was he?

According to him he was.

From I LOVE THE DOUGH – Life After Death: Released March 1997

You cats is home screaming the fight’s on
I’m in the fifteen hundred seats, watching Tyson
Same night, same fight
But one of us cats ain’t playing right, I let you tell it – JAY-Z

Jay-Z advertises that he was in Vegas for that Tyson Fight in a 15 hundred dollar seat.

He was very likely in town on that night as i cant see much incentive for him to simply pretend he was.

The last line “Ill let you tell it” is important for further perspective, keep it in the back of your mind.

*note* I hope this post provides a small amount of relief for the modest amount of like-minded thinkers who i have ran across over the years, that are absolutely puzzled about why noone ever talks about Jay-Z placing himself at the Tyson-Seldon fight.

Next thing to examine would be motive. Did Jay-Z have reason to want Tupac silenced?

Its very easy now to find a YouTube clip in which Jay-Z claims that there were never any real ill-willed feelings coming from his end towards 2Pac. These occasional statements were always made long after the fact of what happened in September 1996.

They don’t match a very succint statement Jay-Z made shortly after it happened.

From DEAD OR ALIVE Part 1

Any ill feelings I harbor y’all can blame it on the vibe
Don’t know when to let go and let young souls die
Cause niggas dissing me ain’t nothing new understand
But it’s how I retaliate which defines who I am
Jay-Z, ain’t nothing dead or alive playing me
I take beef to the grave that’s how my momma raised me – JAY-Z

Right here Jay-Z takes credit for what happened to 2Pac.

That is exactly what he is doing here.

If you have any confusion as to whether this is actually about 2Pac, you only have to take in what is meant by the VIBE reference. However if that isnt enough to fully convince you, consider the next line in this verse.

Sauce Money is also featured on Dead Or Alive Pt 1. He stays in line with the same subject matter on his verse(s).

Trigger lead knew how bad we needed the nigga dead
Thoughts of hating sober intoxicated minds is taking over
Conjure all ways escape closer
Never spar drove the car to the edge of the tar
With intentions to scar, shooting motherfuckerss to Allah

He also intimates that a car was of prominent importance in the execution of the completion of this issue.

I heard his body was too hot to get near it
Too late to hear it
Two slugs wait to release his spirit
The known truth: had a bad habit for blowing loot
Two niggas on the roof busting down on the phone booth

What makes it so interesting is that Tupac seemingly responded to it. How could that be possible? We’ll show the path towards that answer after i show the response.

The burnin’ bed was the tellin’ sign
Two hired guns bustin’ everyone, yellin’ everybody die

This shouldn’t be a suprise however if you are following what Jay-Z is actually saying. He tells us that he is not convinced of 2Pac’s death in both I Love The Dough & Dead Or Alive Pt1.

The You he is referring to is 2Pac.

Jay-Z considers himself to be very smart and not easily fooled. He uses BIGs song not only as a platform to mention that he had been in Vegas, but also to officially state that he is not fooled in regards to 2Pac’s eventual fate. He says he’ll let a dead man tell the rest of the story.

In Dead Or Alive Part 1 throughout the entire song he and Sauce Money are proclaiming themselves the “Victors” whether or not 2Pac is Dead or Alive? Id advise that you click the song link and give it a listen, to better take in the inflection and tone as it really drived it home.

Jay-Z has often rapped about Tupac throughout the years. If you listen with the right ears you’ll find plenty more instances. Ill share one more in this article before wrapping it up.

it’s on and popping, church
Like Don Bishop, the fifth or palm cock either
Lift up your soul or give you the holy ghost
Please I leave you in somebody’s cathedral for stunting like Evel Knievel
I let you see where that bright light lead you
The more you talk, the more you irking us
The more you gon’ need memorial services
The Black Album, second verse, is like
Devil’s pie, save some dessert for us

You probably thought that Jay-Z meant this DON BISHOP … 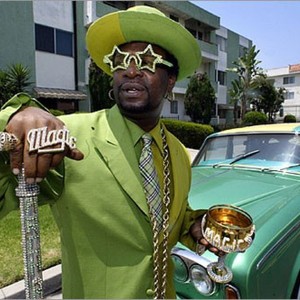 But he actually meant THIS Don Bishop , which makes all the sense in the world if you really think about it.

In closing … Sometimes rap lyrics don’t really mean a whole lot, but sometimes they mean way more than we are always open to receiving.

If the idea that JAY-Z was involved in a plot to assassinate Tupac Shakur is just too much for you to take seriously , i want to point you towards a great resource that not only shows the steps I’ve shown you, but much much more.

From the details on the contract taken by Jay – Z to carry it out , along with where that contract originated from.

To exactly how Jay-Z and company made the White Cadillac “disappear“.

The Author of this post can be found at @Zenoftupac